Sandfly's Splunk App has been updated and now has separate inputs to accept our new SSH Key Hunter data feed. SSH Hunter agentlessly collects SSH public key data to track how they can be used for logins across your Linux systems. We are now making that data available to all Splunk users.

Collecting SSH public key data allows Sandfly to build an in-depth view of your SSH credential posture without jeopardizing security by giving access to secret key data during the process.

The SSH key data Sandfly collects can be used in a large number of ways such as the following:

The SSH Hunter collects this data agentlessly across all Linux systems watched by Sandfly. This includes not only typical server installations, but also IoT and embedded Linux appliances where traditional agent-based Linux EDR coverage has no visibility.

During a breach, the ability to track compromised SSH credentials eliminates a lot of wasted time. Specifically, it allows incident response teams to rapidly contain and remediate breaches where a stolen key is used to initiate lateral movement by attackers.

Below we show a sample Splunk dashboard included with the App. The built-in dashboards and sample reports can be quickly taken by SOC teams to incorporate into their own visuals and workflow inside Splunk. 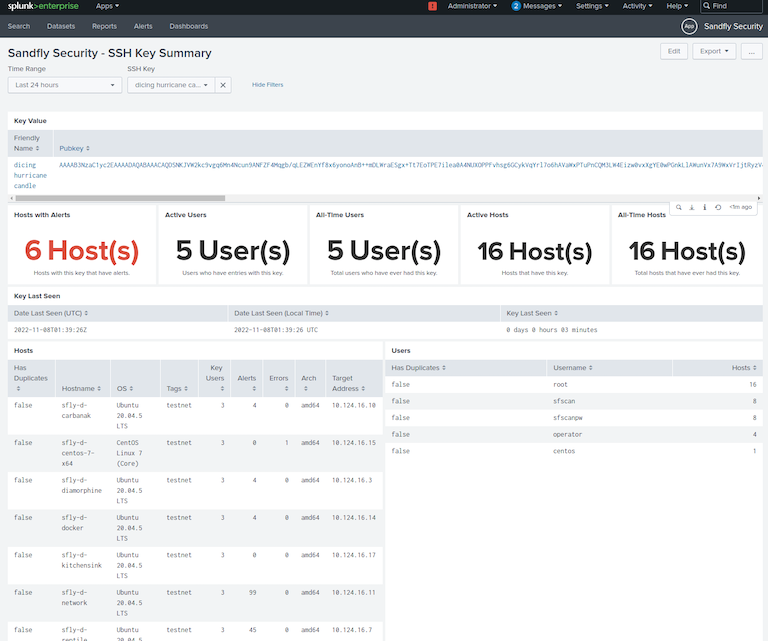 Below we see an example where we isolate all keys seen. Clicking on any key will break out individual results about the key and what hosts it's appeared on over time.

The SSH public key data we collect contains extensive information to allow Splunk to query on values such as dates, key types, users, hosts, key cryptographic hashes, and much more.

Splunk users can use this data to build custom reports and alerts such as: 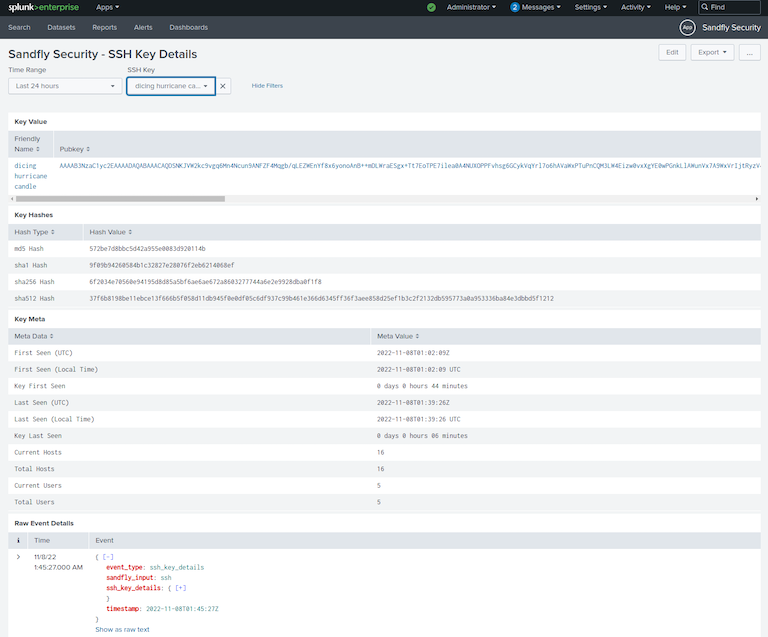 We also have detailed views to build queries for SSH keys inside Splunk. For example, all key fields below in the detailed forensic view can be used to build searches. 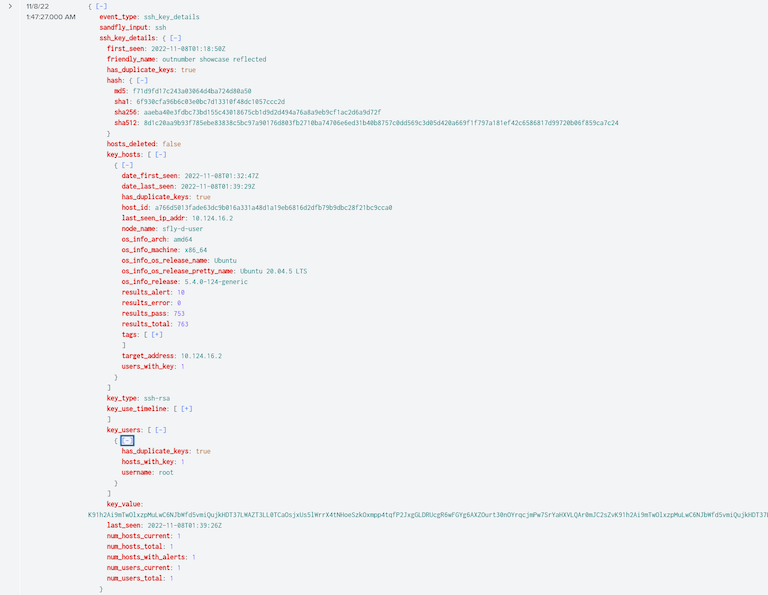 Finally, we make available file creation and modification times to detect if an SSH authorized_keys file has been created or altered. The data shows specific users and full paths to the file for rapid identification and response. 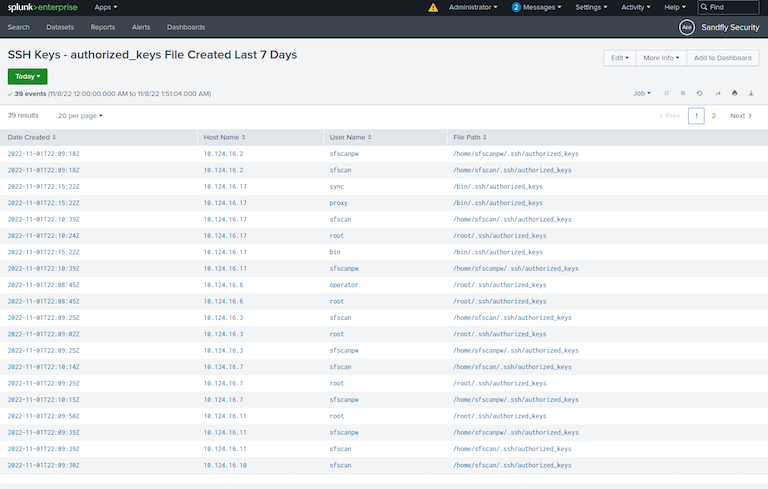 Tracking SSH keys on Linux is an important task and is not found in traditional Linux EDR tools. Sandfly's agentless security platform not only collects this data instantly, but processes it to make it immediately useful for Splunk users hunting for compromised SSH credentials.

Licensed customers of Sandfly can use our Splunk App for free. Please contact us if you have any further questions or would like a demo of how Sandfly's SSH Hunter can help.